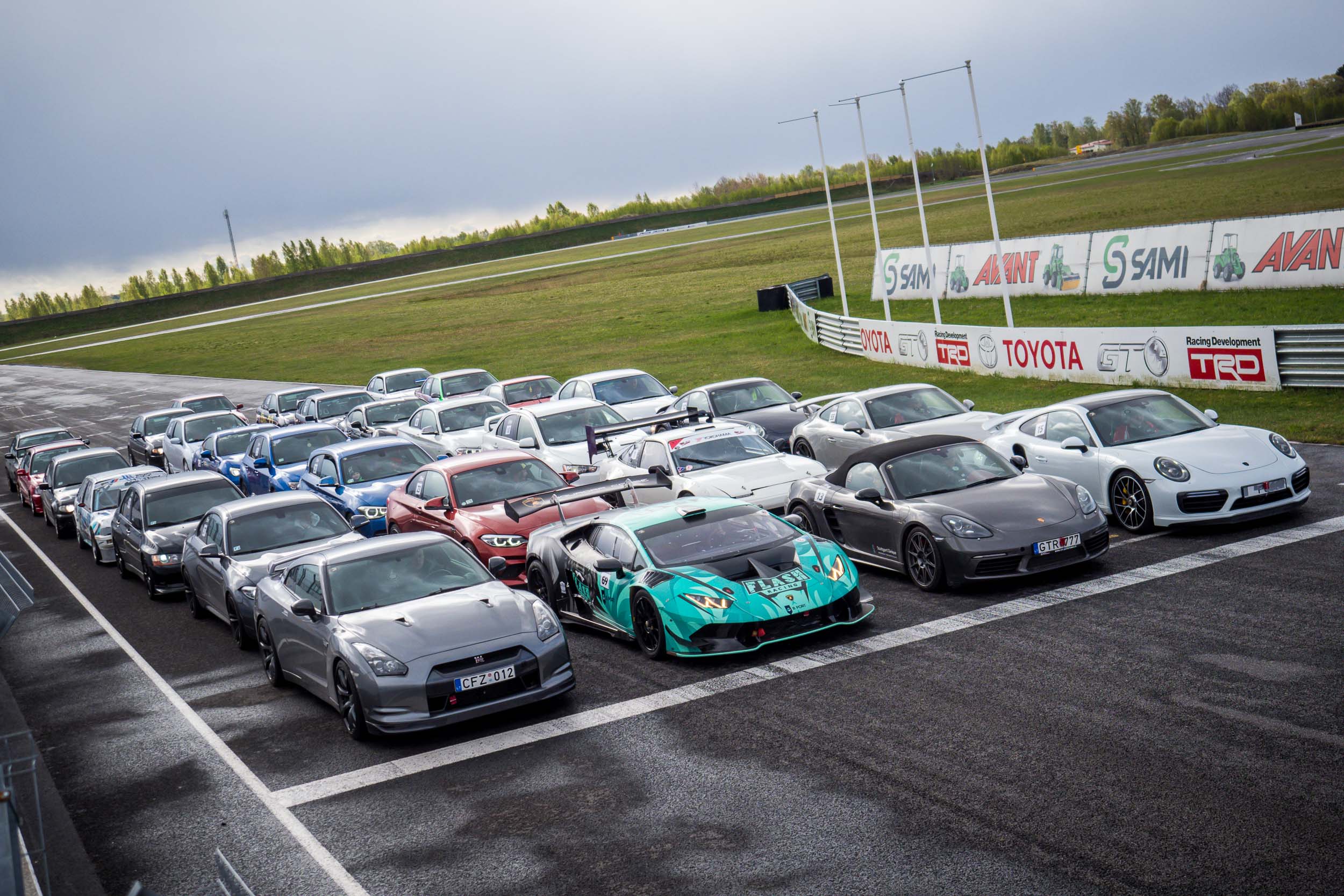 The first weekend of May was cold and snowy in places, but Parnu managed to avoid any snow and rain and the event took place on a dry circuit. In Round 1, Artūrs Batraks, driving a Lamborghini Huracan Super Trofeo, managed to set a lap time of 1:15.962, which is just 1.345 seconds off the official track record which had been set by a Formula Baltic open-wheel car.

Thirty-three competitors from four countries ignored the rough weather forecasts and came to Parnu, Estonia to battle for podium spots in six classes. Even in qualifying, it was clear that we were in for some extremely close fights in numerous classes, with the lap times being very close. As expected, the lap times improved as the day went on – Batraks set a lap time of 1:19.663 in qualifying, did a 1:18.765 in the first run and then improved that time by 2.8 seconds in his second attempt. Other competitors did not improve by quite as much, but there was progress nonetheless. The event concluded just moments before Parnu was hit by a rainstorm, making it clear that the great weather was “reserved” just for the running of the event. 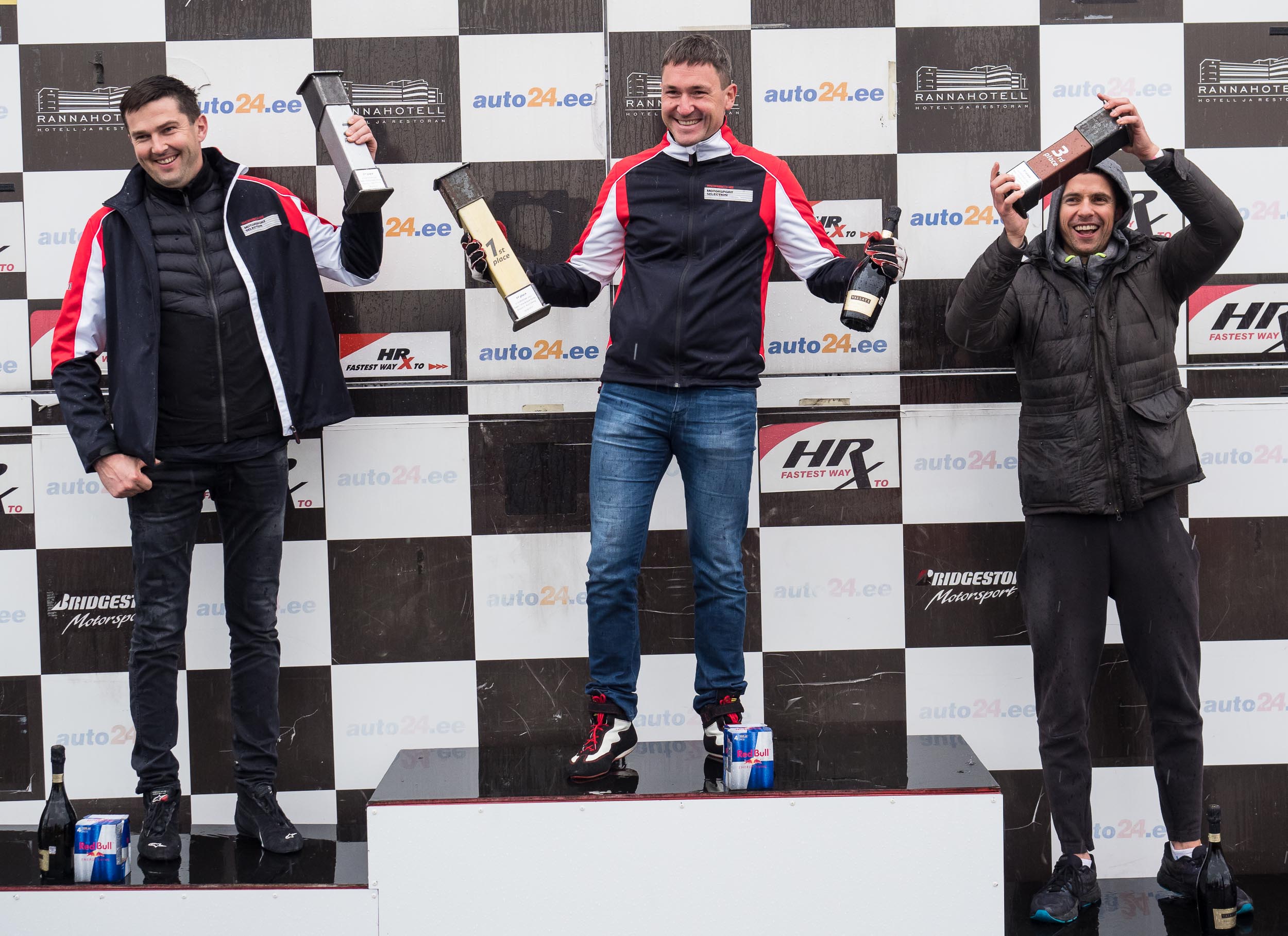 Eduards Kalve, Baltic Time Attack Series organizer: “We are happy that there was no reason to cancel the event and that the bravest competitors came to Parnu. It was great to see the friendly and family-like atmosphere on track – experienced drivers and debutants could be differentiated only by checking who asked questions to whom. We are also thrilled that this event format is enjoyable for everyone. At this point, we can safely say that there will be at least three times more competitors in Round 2, as drivers from the Baltics, Nordics and other neighbouring countries have already shown an interest in coming to Biķernieki.” 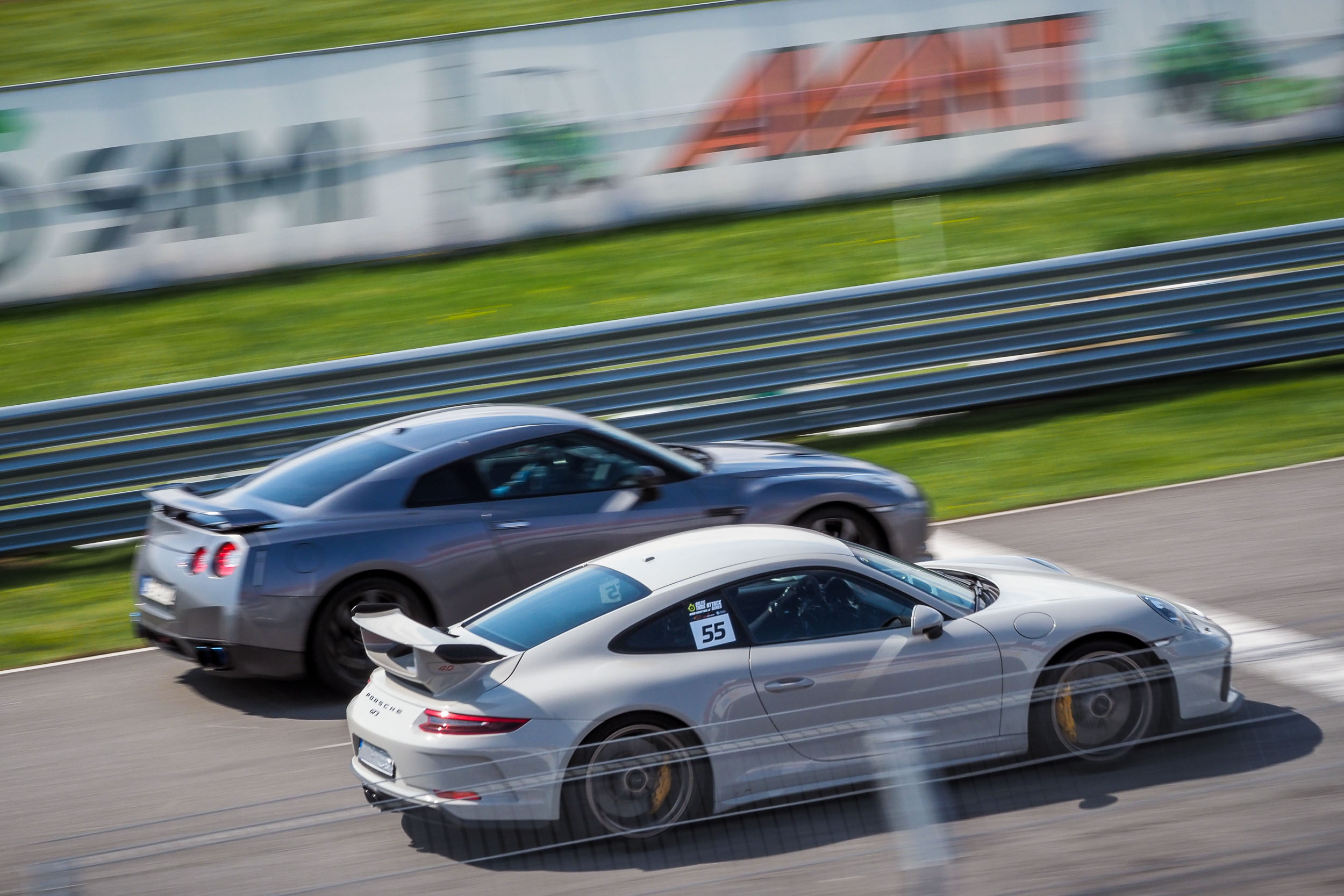 The quickest class, “Unlimited”, was won by Artūrs Batraks in a Lamborghini Huracan Super Trofeo, beating Raimonds Tihonovs in a Nissan 200SX. The exclusive “Supercar” class saw dominance from Lithuanian Porsche drivers, with Mantas Janavicius (Porsche 911 Turbo S) coming out on top, followed by Marius Bartkus in a Porsche 911 GT3. Bartkus was the quickest in qualifying but was beaten in the timed runs and had to settle for second place, 0.7 seconds behind the leader. Third spot on the podium went to Jonas Poskus, who was just fifth after qualifying. Modris Žentiņš was easily the quickest in the PRO2000 class in his Honda Civic, beating Estonian driver Aivar Aedmaa who was also in a Honda. 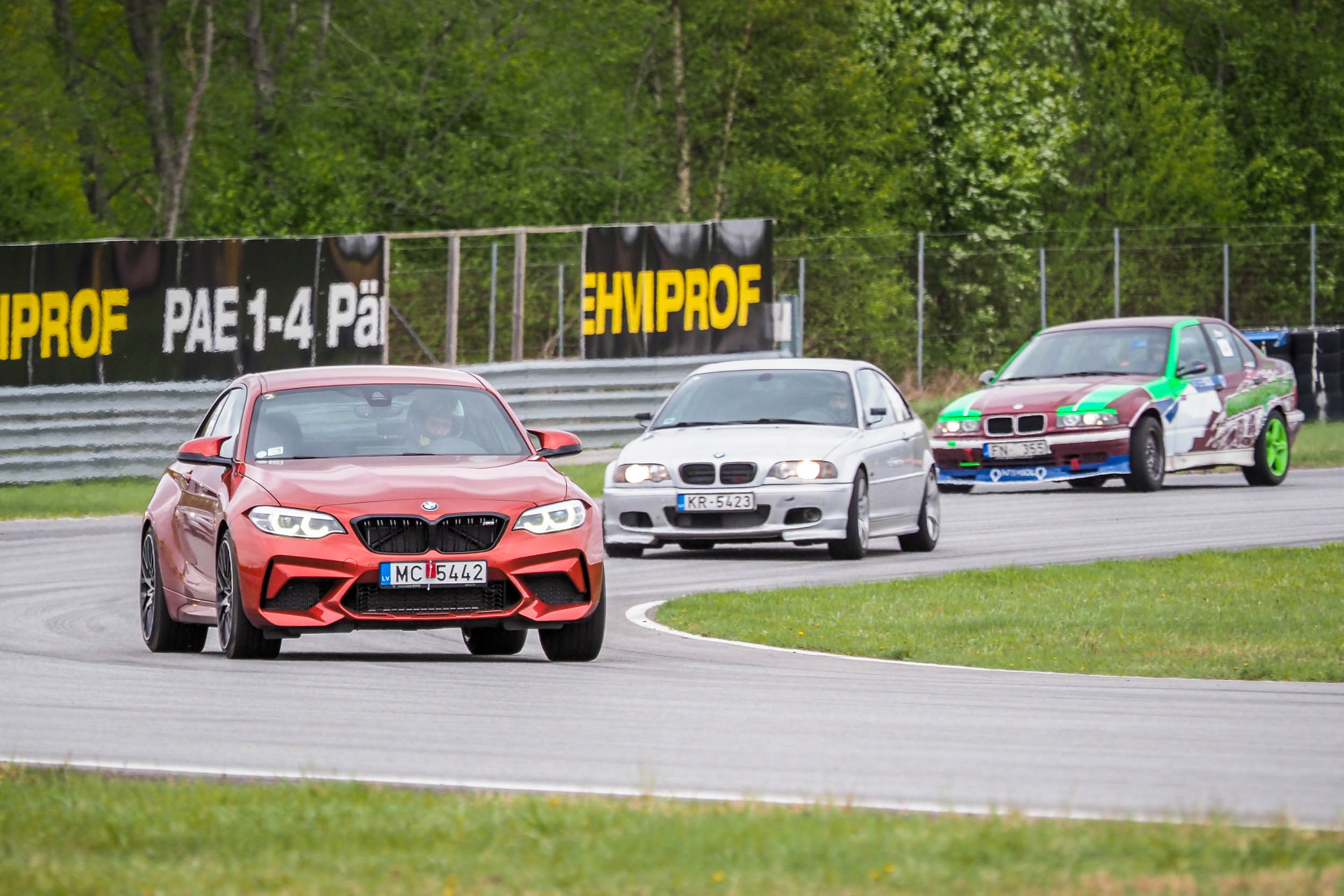 3000+ class was the most popular among the participants, with Lithuanian Dainius Kablys (Mitsubishi Lancer Evo X) coming out on top, beating Latvian drivers Edgars Freivalds (Mitsubishi Lancer Evo X) and Mārcis Stūriška (Subaru Impreza). Andris Čats (BMW 330i) was the fastest in 3000 class, beating two Estonian drivers – Vladimir Tkatsov (Honda Civic Type-R) and Juri Ledjajev (BMW 328) who was the fastest in qualifying. In 2000 class, the podium was occupied by Honda Civic drivers, with victory going to Reinis Trūps, who beat Sandis Siliņš and the youngest competitor and only woman in the event, Marta Starka (she shared a car with the class winner). 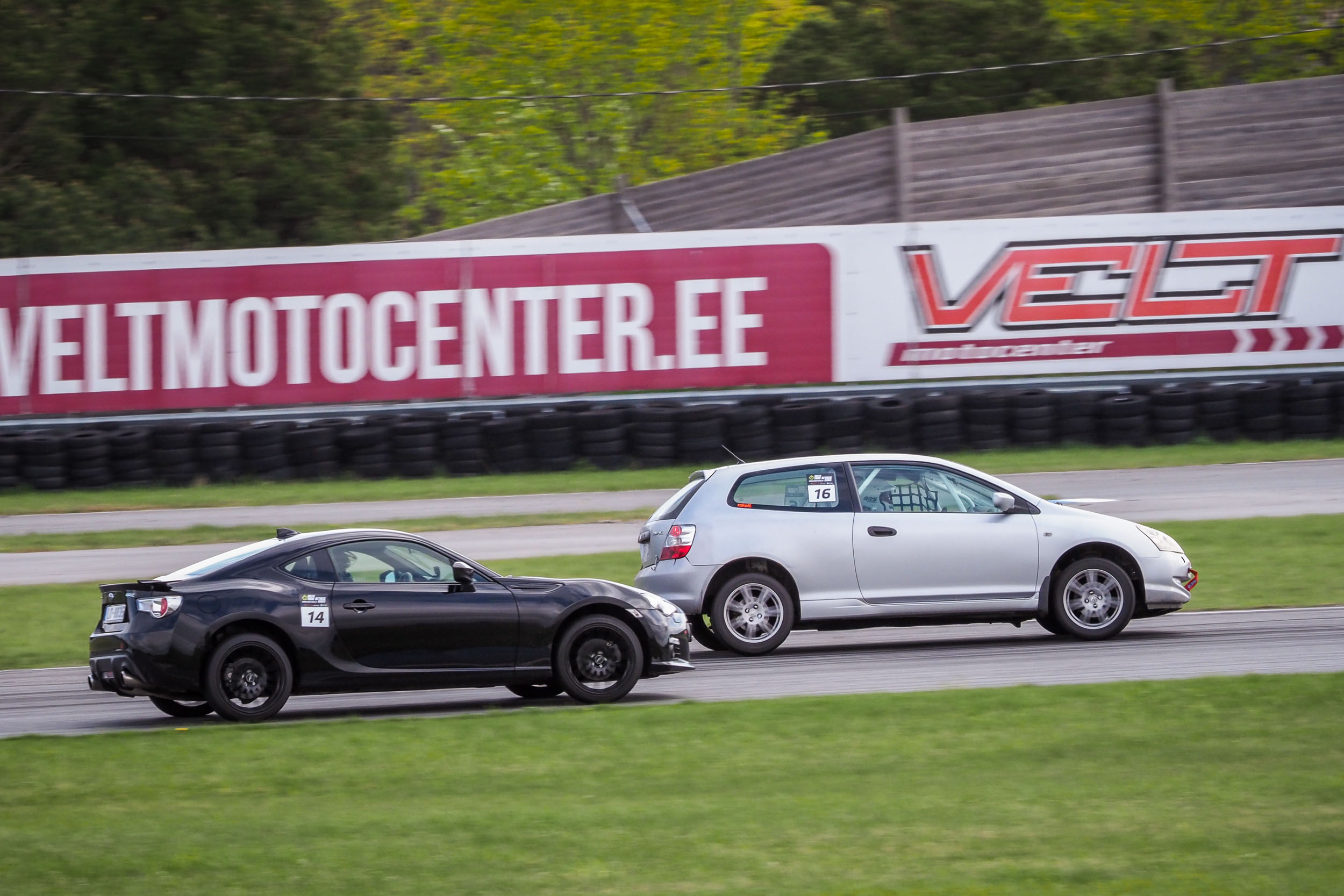 Round 2 of the Baltic Time Attack Series will take place on June 22 in Biķernieki circuit in Rīga, Latvia. More information about the event and its technical regulations can be found on the official event website at www.timeattack.lv, as well as on social media, searching for @baltictimeattack.